BY THE PRESIDENT OF THE UNITED STATES OF AMERICA

On July 26, 1990, our Nation marked a pivotal moment in history for Americans with disabilities. Fueled by a chorus of voices who refused to accept a second-class status and driven by a movement that recognized that our country is stronger and more vibrant when we draw on the talents of all our people, the Americans with Disabilities Act (ADA) enshrined into law the notion that Americans living with disabilities deserve to participate in our society free from discrimination. Twenty-six years later, as we mark this anniversary, we recognize all this milestone law has made possible for the disability community.

The ADA sought to guarantee that the places we share — from schools and workplaces to stadiums and parks — truly belong to everyone. It reflects our Nation’s full commitment to the rights and independence of people with disabilities, and it has paved the way for a more inclusive and equal society. For the 6.5 million students and the approximately 50 million adults living with mental or physical disabilities, the ADA has swung open doors and empowered each of them to make of their lives what they will.

Building on this progress is a priority for my Administration. The Federal Government has taken the lead in creating meaningful employment opportunities for people with disabilities. In my first term, I issued an Executive Order that called on Federal agencies and contractors to hire more people with disabilities — and today, more Americans with disabilities are working in Federal service than at any time in the last three decades. My Administration has vigorously enforced the Supreme Court’s ruling in the Olmstead decision — which determined that, under the ADA, people with disabilities cannot be unnecessarily segregated — and worked to deliver on the promise that individuals with disabilities have access to integrated, community-based services. The Affordable Care Act affirmed that Americans with pre-existing conditions can no longer be denied health insurance, and this year, we made it clear that health care providers must offer reasonable accommodations and ensure effective communication for individuals with disabilities in order to advance health equity and reduce health care disparities.

As we commemorate this progress, we know our work to expand opportunity and confront the stigma that persists surrounding disabilities is not yet finished: We have to address the injustices that linger and remove the barriers that remain. Too many people with disabilities are still unemployed and lack access to skills training or are not paid fairly for their work. We must continue increasing graduation rates for students with disabilities to give them every chance to receive the education and training they need to pursue their dreams. We must make the information and communication technologies we rely on accessible for all people, and ensure their needs are considered and incorporated as we advance the tools of modern life. And we must keep fighting for more consistent and effective enforcement of the ADA in order to prevent discrimination in public services and accommodations.

At a time when so many doubted that people with disabilities could contribute to our economy or support their families, the ADA assumed they could, and guided the way forward. Today, as we reflect on the courage and commitment of all who made this achievement possible, let us renew our obligation to extend the promise of the American dream to all our people, and let us recommit to building a world free of unnecessary barriers and full of deeper understanding of those living with disabilities.

NOW, THEREFORE, I, BARACK OBAMA, President of the United States of America, by virtue of the authority vested in me by the Constitution and the laws of the United States, do hereby proclaim July 26, 2016, the Anniversary of the Americans with Disabilities Act. I encourage Americans across our Nation to celebrate the 26th anniversary of this civil rights law and the many contributions of individuals with disabilities.

IN WITNESS WHEREOF, I have hereunto set my hand this twenty-fifth day of July, in the year of our Lord two thousand sixteen, and of the Independence of the United States of America the two hundred and forty-first.

Our Golf Event is Back! 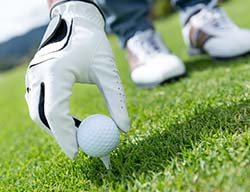