On September 25th, Greg Bernsten, Level 2 Anodizer at Auburn North, received the Governor’s Life Saving Award for his role in giving CPR to a coworker earlier this year. He was recognized at an awards luncheon during the Washington Governor’s Safety and Health Conference held in Spokane last week. His valiant efforts are described below:

“On February 21, 2014, an employee in the chemical processing department at Auburn North fell to the floor without warning. He was unresponsive, had stopped breathing, and was in cardiac arrest. Greg Berntsen, a coworker, saw him fall and rendered aid. Having been trained in CPR at Skills Inc., Greg initiated chest compressions, while a supervisor called 9-1-1. When the paramedics arrived they took over and were able to resuscitate the employee. The responding medics and the emergency room doctor both indicated that early CPR likely saved this man’s life and helped prevent brain damage due to lack of oxygen. The employee not only survived, but returned to work three weeks later.”

We are extremely proud and grateful for Greg’s heroic actions! 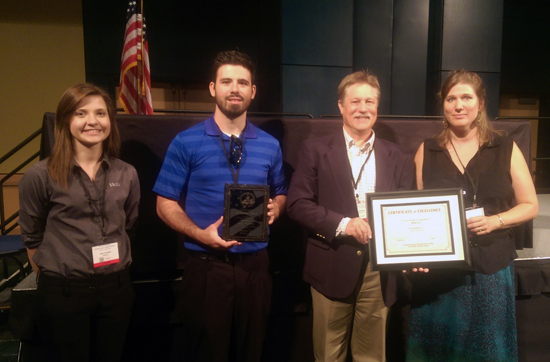